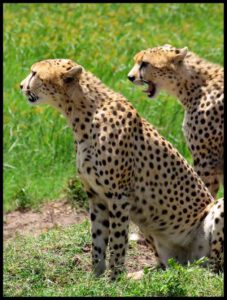 Due to its unique topography which spans from 2000ft ASL to 6500 ft ASL, Ol Ari Nyiro encompasses several different habitats and eco-systems and is refuge to a wide variety of plant and animal species including elephant, lion, melanistic leopard, colobus monkeys, over 4000 cape buffalo and over 478 bird species, over 40 of which are on the IUCN endangered red list. The conservancy has been classified as a Key Biodiversity Area and an Important Bird Area. 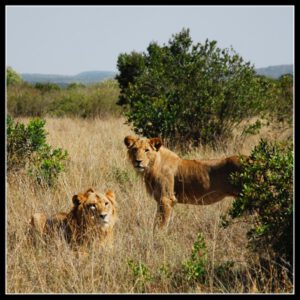 Home to the last remaining stand of the indigenous cedar forests that up until 40 yrs ago spanned large areas of the plateau, the conservancy is a refuge where several endemic, rare, and threatened species of plants and animals survive. Due to careful protection of the environment for more than a generation, it is a biodiversity oasis of outstanding environmental and educational value for Kenya and the planet. 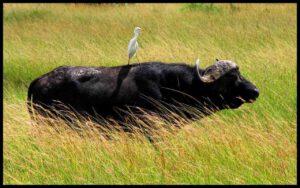 In 1972, when the Gallmanns first arrived at Ol Ari Nyiro, there were 12, 000 head of cattle and the land was barren and eroded. In 1992, Kuki took the brave step to remove all the cattle and dedicate the land entirely to wildlife and biodiversity. Since the elimination of the cattle, annual biodiversity surveys indicate an increasing trend in the number of bird and insect species found on the conservancy including several endemic species.

The Gallmann Memorial Foundation in Ol Ari Nyiro on Kenya Eastern Rift Valley Laikipia Plateau due to sustained protection of its unique ecosystem and tree cover, and of its underground waters and natural springs -and of its varied topography –  ARI NYIRO, IMPORTANT BIRD AREA (IBA) and KEY BIODIVERSITY AREA (KBA) no 064, is now uploaded officially in Birdlife International website with following link: http://datazone.birdlife.org/site/factsheet/ol-ari-nyiro-iba-kenya 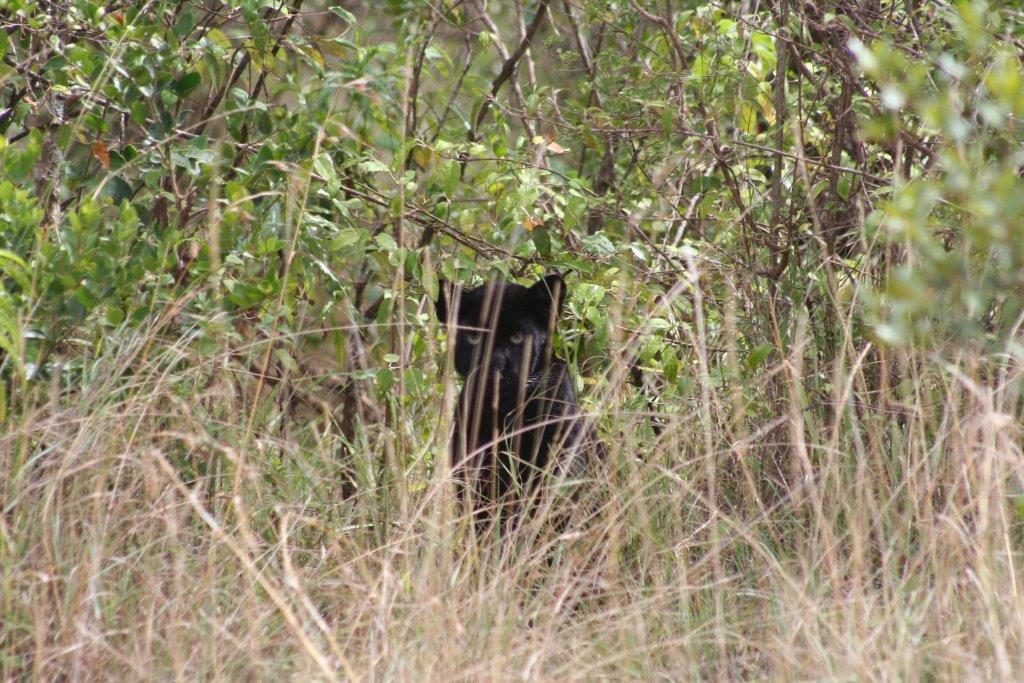 Photo of a melanistic leopard taken in Ol Ari Nyiro / Laikipia Nature Conservancy by Michael Roberts on 06 May 2007 between Bogani ya Dume and Centre Junction.

Wildlife Population 200-400 migratory elephants, 50/80 estimated lions, cheetah, leopard, including the near threatened melanistic leopard, golden cat, Linx, bat-eared fox, Aardvark wool, forest hogs, wild dogs, and numerous other large mammal species including hippos and one of the largest population of Cape Buffalo in private land in Africa. World known for its bird life. 484 species of birds – 7 of which are listed as globally threatened with extinction in the IUCN* red list 55 species of reptiles 15 amphibians Including endemic species of insect Aslauga gallmannae new to science. Found only in the protected relic forest of Enghelesha. Neoperla cunensis discovered in springs and ponds by Research Scientists is an indicator of the purity of unpolluted water courses. Tomopterna gallmanni a rare species of frog was discovered and named by NMK herpetologist Victor Wasonga. 2,350 species and subspecies of plants, including the Aloe Francombei, new to science and endemic to the area. Several diverse forests and rare plants. 142 GPS-documented natural springs – 64 of which are permanent . 50 man-made lakes and waterholes. Numerous Early and Middle Stone Age archaeological sites recently discovered. The exploration of its unique caves by speleologists is underway.

In an age where so many species are being driven to extinction by humankind’s greed and ignorance, it is refreshing to be able to report that a new species of butterfly has been found in the Ngelesha forest in Kenya.  This is a mixed deciduous forest in rocky grassland, at Ol Ari Nyiro, Kuki Gallmann’s Laikipia home. The species is named after Kuki (Aslauga gallmannae) who works tirelessly for nature conservation in Kenya. By conserving the last small fragment of a much larger forest, she has conserved this butterfly, as all specimens recorded so far were collected in this forest. They were discovered by Michael Roberts in 2012 and have since been subjected to intensive DNA testing at the Canadian Centre for DNA Barcoding. Several articles have been published by Steve Collins of the the African Butterfly Research Institute in Nairobi. A full report can be found in the publication ‘Metamorphosis’, Vol.24:3-6. 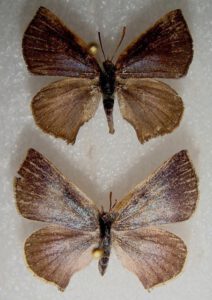 We are very proud to announce the discovery by Victor Wasonga of the National Museums of Kenya of a frog species new to science. Introducing…. Tomopterna gallmanni.

Ol Ari Nyiro (The Place of Springs) is 365 sq km of privately protected area, situated at the extreme edge of the Great Rift Valley

55 species of reptiles 15 amphibians  2,350 species and subspecies of plants, including Aloe Francombei,

Description of two new species of African Lycaenidae in the collection of the African Butterfly Research Institute.

Identification of sand frogs (Anura: Pyxicephalidae: Tomopterna) from Kenya with the description of two new species.

Make a difference by supporting this project!

We need your help!!!