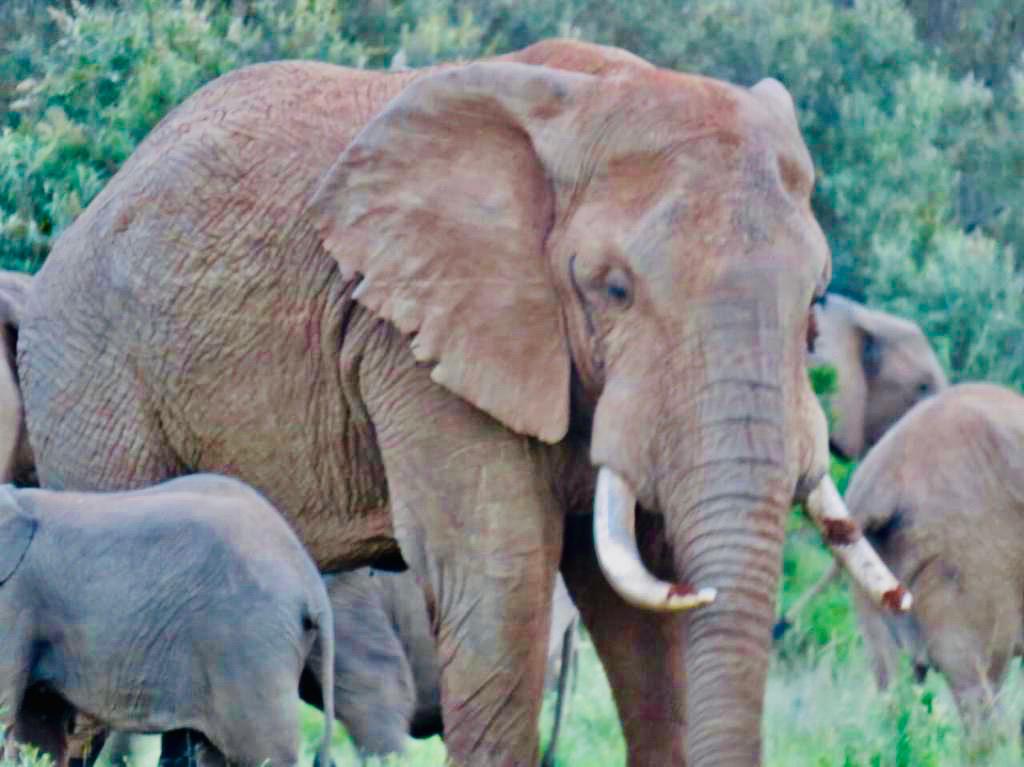 In the late ‘70s and ‘80s the escalation of elephant poaching for the ivory market brought the African elephant to the brink of extinction.

Up in Ol ari Nyiro, where I live, mutilated carcasses were found almost daily.

Richard Leakey, the new Director of the Kenya Wildlife Department (not yet KWS) and an old friend, convinced the President (the late Daniel arap Moi) to destroy, rather than selling at an auction, the 12 tons of tusks accumulated in the Ivory room. 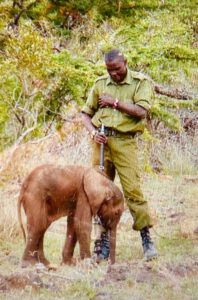 All stories have a least known side:
Ivory does not burn.
The first failed trial attempt to burn the first ivory ever, occurred a few weeks earlier in my house at Kuti, when Richard stopped over on the way to lake Turkana and told me of the plan. While we were having dinner we built a fire in the fireplace, and put a tusk of a poached elephant in it.
As expected, the small tusk we tried to burn did not, despite large quantities of wood.

We needed to try another way, and I had the idea of involving my friend Robin Hollister and his special effect film crew.

He devised a clever way of burning that mountain of ivory.

It worked- and no one would have guessed what it took to achieve that spectacular show of coherence.
The event was broadcast live to the world.
All conservationists attended.
Kenya regained its lost credibility.
Ivory became less desirable.
The price of ivory soon collapsed and so did the market, and the incentive to kill.

Richard managed to raise vast funds to revive the wildlife sector.
History was made.

Here is an extract of this success story.

Today, 18th July, I remember that day of 31 years ago, and the weeks of tireless work that went into it, culminating in that historical first ivory fire.

A shiver like a wave ran through the crowd in Nairobi National park… camera clicked.
….
The National Anthem rose high into the cloudless sky.
In the haze of distance, Nairobi sky scrapers stood as a reminder of man’s pressure on the untouched environment.

Nearer, but still in the background, was a pile of neatly and dramatically arranged elephant tusks, the emblem of an holocaust representing almost 2000 dead elephants…
… that would go up in smoke, to prove to the world that Kenya practiced what it preached…
… In a clear voice, the President read his historic speech… stepped from the podium.
Robin lit the stick, and passed it to Richard who offered it to Moi.
I held my breath and closed my eyes for a moment…
… the ivory blackened and started burning, crackling. Deafening applause burst from the crowd… 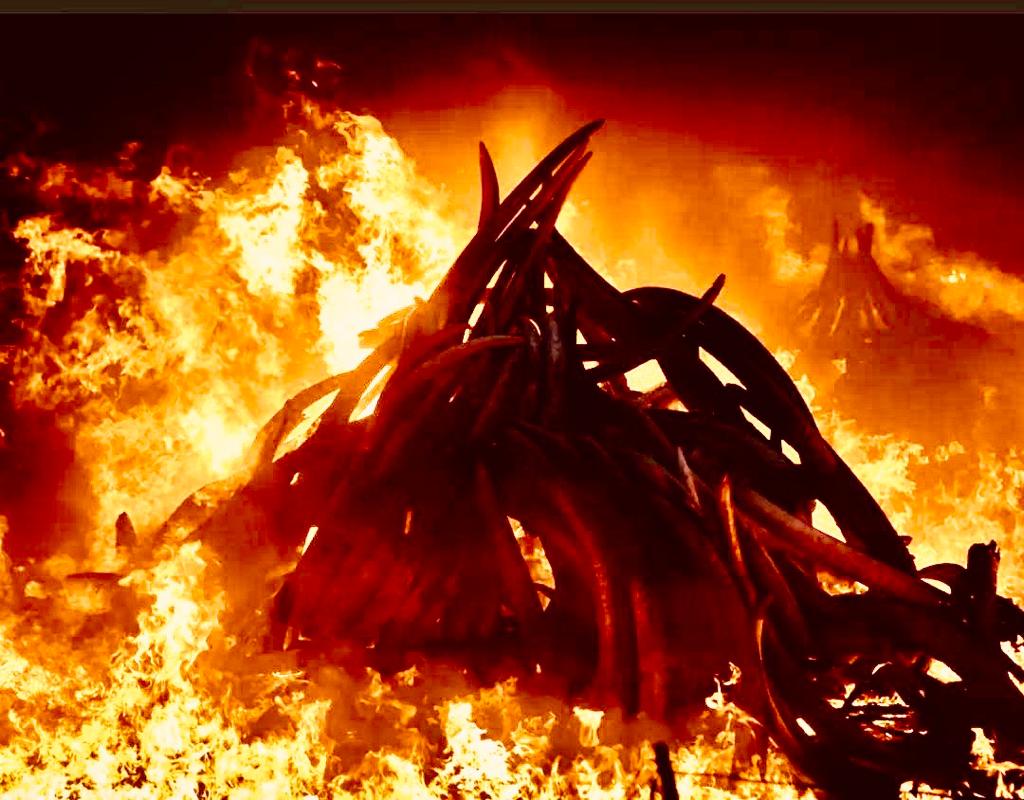 “We returned in the evening. Below is how I described what I saw: 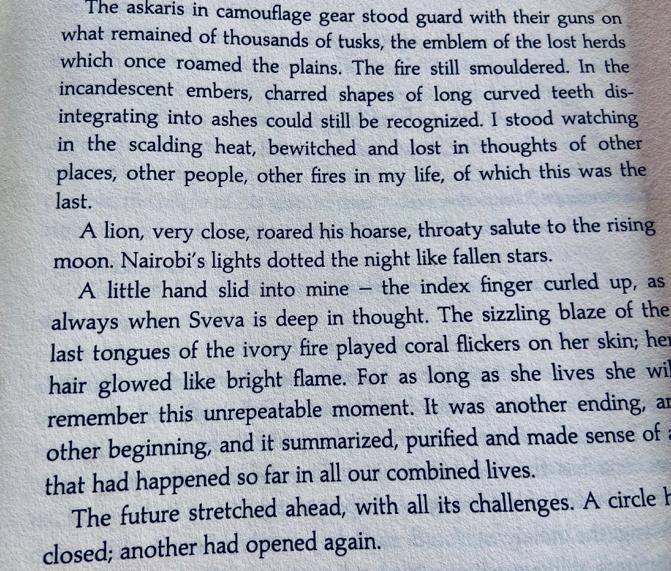 31 years after the ivory fire and after heavy rainfall lots of water and green pastures elephants are thriving in Ol ari Nyiro. 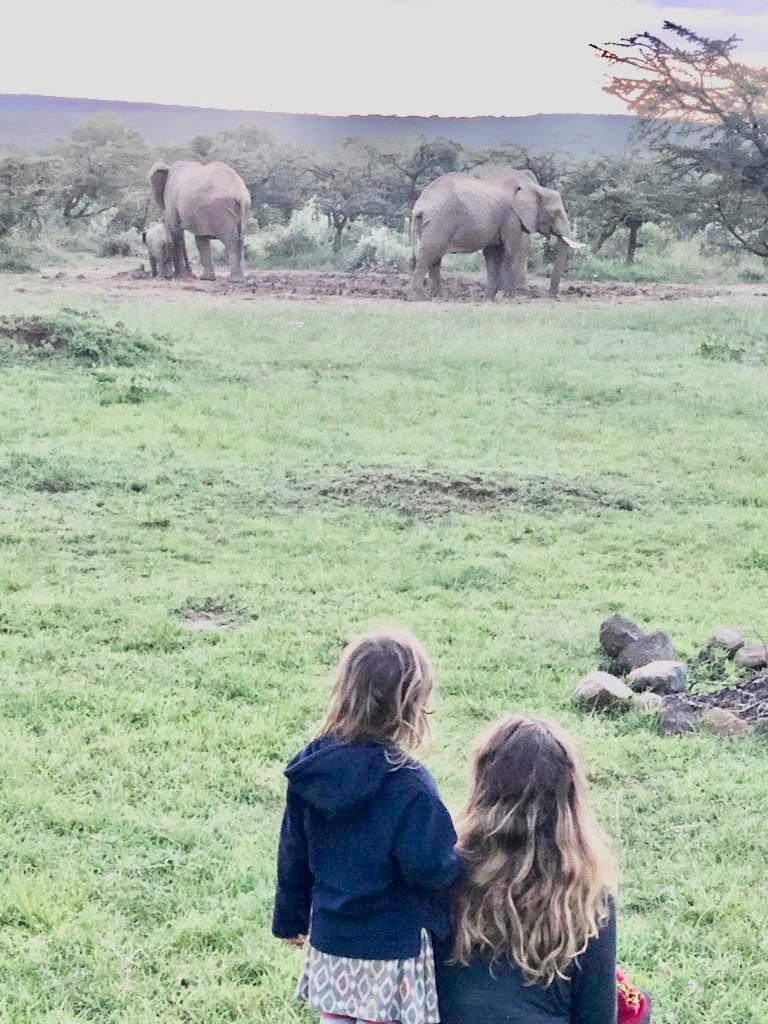 “What is man without the beasts?
If all the beasts were gone, man would die from a great loneliness of spirit.
For whatever happens to beasts soon happens to man.
All things are connected.
Man did not weave the web of life, he is merely a strand in it. Whatever he does to the web, he does to himself.

Chief Seattle of the Dwamish.” 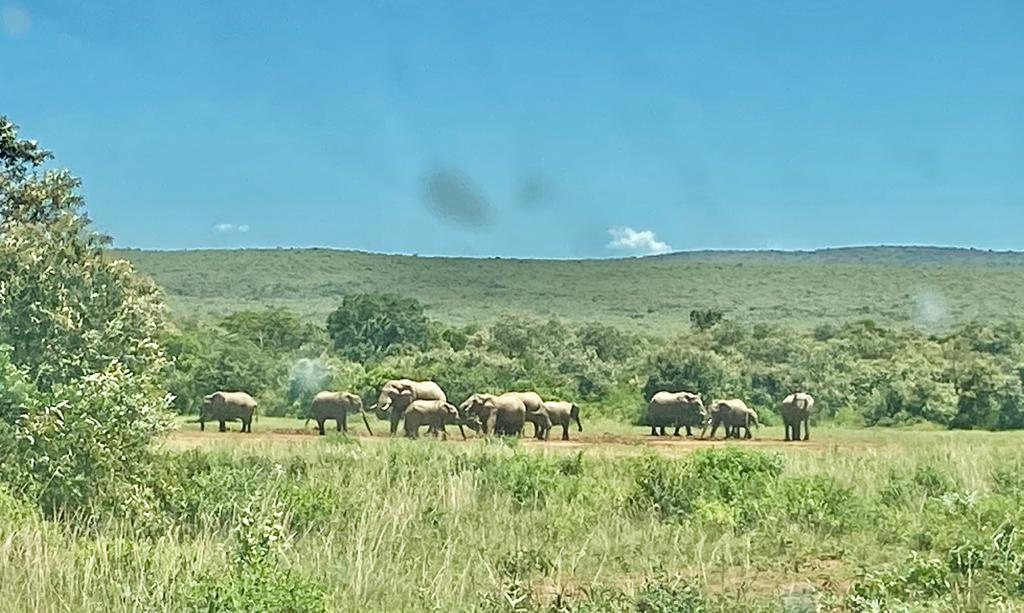 —
Please help us with the ongoing rebuilding and the maintaining of vital conservation infrastructure on Laikipia Nature Conservancy, while supporting our philanthropic work of education and scholarships, community support, assistance to neighbours, public health, food drought relief, water, road building and maintenance.