Support us on a project

The Laikipia Nature Conservancy, Ol Ari Nyiro, is a favoured breeding ground for elephants who migrate from other parts of the country to give birth here. There is also a stable resident population of elephants whose habits and individuals we are familiar with. These elephants are in critical danger and we need help to protect them. 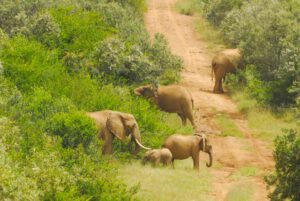 Since 2008 there has been a tragic spike in the numbers of elephants poached, reflecting the overall trend across the continent. At the Laikipia Nature Conservancy we are even more vulnerable due to 2 main reasons:

Nonetheless, our fearless patrols do all they can to prevent the onslaught, usually arriving at elephant carcasses before poachers have had time to remove the tusks. We have an extensive informer network who also contribute to our being able to be on highest alert. 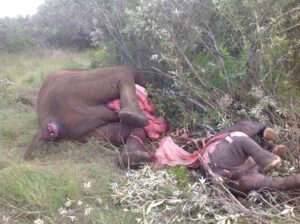 In order to provide an effective deterrent and thus to reduce the scale of poaching, we must re-design our security operations to include a Rapid Response Force with a Sniffer Dog Team and dedicated vehicle. We need to upgrade to a digital radio system and buy infrared equipment. Eventually we will also need a light aircraft for patrolling and surveillance and also to be ‘eyes in the sky’ to avoid our patrols being ambushed by poachers whilst chasing up on gunshots.

We also need to record data on the identity and behavior and movements of our elephants in order to be better equipped to protect them. We are currently in conversations with certain partners who specialize in this but will need to raise the funds to support researchers and collars.

ELEPHANT CORRIDOR 30 of the 44 elephants found poached in 2012 were actually shot at whilst crossing from our nearest neighbouring conservancy through an area of community land. They came to Ol Ari Nyiro to die. One of the keys to securing the future of elephants in this area will be to initiate a Pokot community scout, elephant-minders program and securing this corridor.

Elephants in the dust

Elephants in the dust - The African Elephant Crisis

Make a difference by supporting this project!

We need your help!!!