Three exceptional young athletes have been identified at the Games and will be trained at the Kenya Olympic Committee campus inEldoret during holidays. We are already following upon our committment to build a Sport Arena for our neighbours, and land allotted by community has been cleared in the Kinamba Location prior to grading.

Next year the Games will happen on 20th September 2009,just before World Peace Day-21st September. 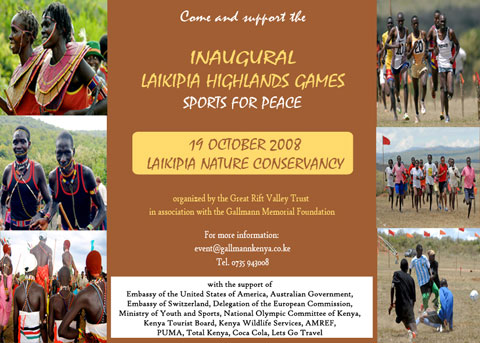 Following the extraordinary success of Emanuele Pirri-Gallmann 25th anniversary memorial celebration with a “Sport for Peace” event last April, in benefit of local communities, The Gallmann Memorial Foundation has joined hands with the Great Rift Valley Trust and The Olympic Committee of Kenya to put up the LAIKIPIA HIGHLANDS GAMES, with an INAUGURAL event on 19th October 2008-a long week end- in Laikipia Nature Conservancy-which will become a major an annual sport and games celebration for peace. 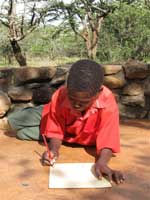 The New Art Pavilion donated by the Arcus Foundation was put once again to good use when a group of children from Mutaro Primary drew stories inspired by the 4Generations project, assiste by opur Summer volunteers.

On 10th May the International Migratory Birds World day was celebrated at the wilderness education centre with 30 children who engage in art and birds identification Origami and songs.

The tragic unsustainable illegal harvesting of sandal wood proceeds with practically no intervention and follow up from authorities despite the wood having been declared a protected species for five years in 2007 by President Kibaki.

We are practically the only remaining place with any sandals and poachers forays are daily drama.

With the incentive of skyrocketing prices local Pokot poachers-and corrupt brokers who seem to enjoy protection, find the temptation impossible to resist. We are lobbying for a regulation of sandal wood harvesting and have initiated experiments for propagation of the same.

On 12th April 2008 Emanuele Pirri – Gallmann 25th anniversary was celebrated with a Sport for Peace Day for the local communities of Laikipia.

Young people from the Nairobi slums and youth belonging to Pokot, Samburu, Njemps, Tugen, Nandi, Turkana and Kikuyu Tribes some of these still involved in conflict- also participated.

Two runners from Eldoret-recent theatre of post-electoral violence- joined the over 140 participants for what was a very successful and healing celebration of peace, that saw local schools and communities join as well.

Kuki announced the Laikipia Highlands Games as a major and ongoing national and international sport event to take place annually in October, beginning from October 2008on Laikipia Nature Conservancy.

Kuki and Sveva made separate presentation at the second world gathering of the Global Peace initiative of Women in Jaipur, India 6th/10th April 2008.

A baby Rhino was born to Wakesa, sired by Toyo; sex still unknown as she is in deep bush. 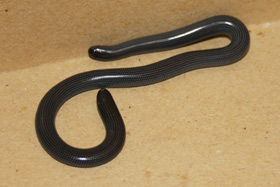 A specimen identified by the National History Museum as lineolate blind snake and a new area record, was collected by Mike Roberts at Llera, on Laikipia Nature Conservancy on April 1st.

The snake was first collected by Emanuele Pirri- Gallmann in 1982 and has never been recorded anywhere else in the region of Laikipia.

Several new specimen of rodents and bats formerly unrecorded have also been collected recently in Laikipia nature Conservancy and are awaiting identification, as are many specimen of moths and beetles.

Melanistic leopard are spotted more and more often in various parts of the conservancy.

The National Museums of Kenya team visited as guest of the GMF for a week in March and discovered new and priorly unrecorded birds species in our Enghlesha forest, some of which are part of the IUCN red list of endangered and threatened species.

85 species of rare birds (less than 50 sighting in Kenya) live in the conservancy of these no. 43 Madagascar Squacco Heron (Ardeola Idae) is not just rare but marked as endangered in the IUCN list. 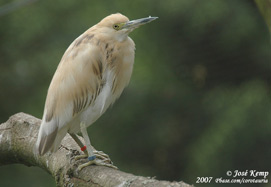 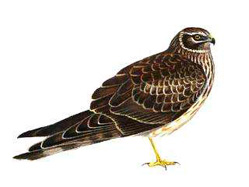 All are marked rare in Kenya, near threatened, threatened or vulnerable for IUCN. 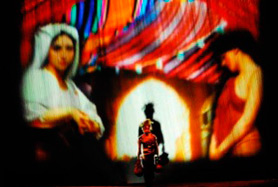 The extraordinary event – with special effects especially shipped by sea from Italy – was performed to great acclaim, a standing ovation, and not a dry eye in the house in the especially constructed Aqva Theatre on the Big dam at Laikipia Nature Conservancy; 130 international artists -and 80 tribals, Sarakasi Trust slums artists- and 40 Hip Hop Parliament of the Emanuele Laikipia Peace Movement-, braved the advisories to be with us to celebrate the spirit of Kenya – a very poignant message after the post-electoral violence.

Aqva is supporting water projects in the region.The Tugen Community and the Ol Moran community have been the first to benefit with water harvesting to the Kamur School and solar water system for the Ol Moran village already being installed.

We hosted 46 young leaders for one week peace workshops in our Wilderness Education Centre. Coming from the Nairobi Slums recently rocked by post-electoral violence and with facilitation from the USA institute of Peace and help from the Great Lakes Peace initiative the youth spent a healing time during which visual artists from the Eden project led by Pete Hill and choreographer Nikos Lagousakos from Greece- who had gathered for the Rift Valley festival – lent their time to these youth for arts workshops as well.

At the end the youth create the Emanuele Laikipia Peace Movement to bring the Peace message to the slums through the medium of music and poetry.

We are particulary grateful to Dick Tarlow and Shelley and Donald Rubin for their support.