On May 13th, a Director of the Laikipia Nature Conservancy, Kuki Gallmann, was shot by cattle raiders while driving along the southern boundary of the Conservancy. She was shot below the knee with one bullet, through the door of her car. She was immediately evacuated to hospital in Nairobi for treatment. Her surgery was successful, but complications arose with her after-care and she is still hospitalized.

Kuki’s shooting appears to have been accidental, as she surprised a party of 40 armed raiders crossing the conservancy. Two hours later, the raiders stole 265 cattle from a neighbouring Samburu community before driving the cattle over the Rift Valley and into Baringo County.

The family was in normal residency on the Conservancy at the time, with no warnings to stay away or interruptions. However, the shooting of Kuki was not an isolated incident. The farmers and civilians in neighbouring communities have long endured weekly livestock raids by armed bandits. But this has been compounded over the last five months by an incursion by several hundred armed herders from Tiaty, Baringo County, and Nagum in Laikipia North, with over 15,000 head of livestock. These youth have raided over 50 farms in the local community, stolen hundreds of livestock, and murdered more than 10 people in the area, with dozens of others injured

This incursion has also now seen the schools close and relief programmes suspended.

The Laikipia Nature Conservancy has been the life work of Kuki, her daughter Sveva and their family. However, land degradation and competition for water and pasture is rising inexorably as cattle numbers rise – by 55 per cent in the last decade in Laikipia County – and climate change depletes the natural resources. Together with low engagement in education and a surge in gun ownership, these strains are leading to escalating violence and rising destabilisation.

Kuki, and her family, need peace and privacy now as Kuki focuses on her recovery and rehabilitation. However, her hope is that her injury will not have been in vain in raising attention to the plight of the local communities and in galvanising efforts and investment towards long term solutions to this problem, which will otherwise lead to a rising toll on lives and livelihoods and instability of the region.

Notes:
Laikipia County has the most diverse population of endangered and large mammals in the world, with more species than either the Serengeti or Kruger National Park, yet just 2 per cent of its land area is set aside exclusively for wildlife.

The Laikipia Nature Conservancy has no livestock of its own, but provides grazing for local livestock under community grazing agreements.

Laikipia Nature Conservancy has additionally entered a partnership with the local pastoralist community and the National Drought Management Authority to use its pasture reserves to the benefit of local communities. However, the incursion of armed herders has forced the conservancy to stop the program in 2021, putting local pastoralists livelihoods at stake at a time of drought. 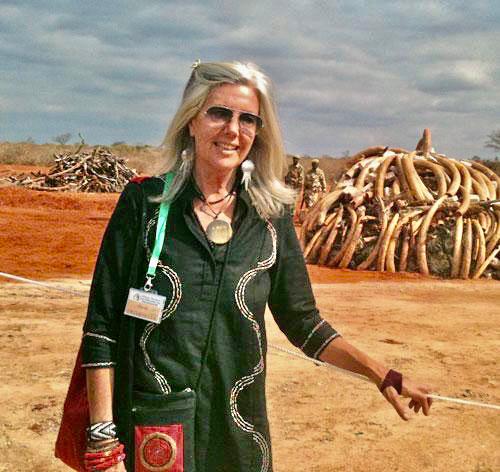