Some thoughts for you.
“I had a deep sense, almost from infancy, of nature, a feeling of intimate companionship with the trees and the clouds and the touch of season”
Rabindranath Tagore

“Now, that  Ol ari Nyiro has become an island of life  surrounded by parched landscapes,  to reward the dedication of my lifetime,  that my hair has grown silver and the artist of time has drawn fine wrinkles  on  my face like  in a faded sketch, I watch calmly the endless savannah  I have nurtured, all covered in African olives,  acacias and croton.

The rolling lelechwa, like in an extraordinary tapestry,  stretches untouched as far as the eye can see.

I  can spot  sometimes a solitary giraffe ambling unhurried from the thickness of the trees, a small family of elephants feeding from the wide branches of the acacia,  and I know, with a glorin my heart, that the tears have not been in vain, the  days of tireless work and the sleepless nights of watching  over the land, ears strained  to detect the sound of gunshots,  dreading to receive another emergency call, were  all worth it, and this is my reward.

The wilderness may have shrunk the world over, but not here.

I have been her guardian. “

This is how I had began  this story,  three years ago.

But a lifetime has passed since.

The last few years were hell.

The voice of radio control cut through the sleepy afternoon peace of Sunday, March 18th 2012.

I ran out to look.  From the top of the Kurmakini Hill, I watched columns of black sooth lift along the horizon like a nightmare, as one after the other all hills seemed to catch fire. Set at regular intervals of about 100 metres, on the windiest ridges, as per a diabolical determination to inflict as much damage as possible, this was not the usual random, self -ignited bushfire of the dry season, nor the consequence of careless honey hunters failing to put out the smoking grass bundle with which they had fumigated the bees.

The inferno was to last for over three weeks.

New fires were set systematically in different parts of Ol ari Nyiro. The suspects were vindictive local leaders I had exposed for their collusion with illegal traders, aspirant politicians who wanted  the land and plotted to intimidate me, and  also poachers angry that we managed to get to the elephant carcasses before they had time to remove the tusks. They knew that burning  the bush cover would make it much easier to detect the animals that would be forced to concentrate more in certain spots.

As soon as one section was tamed, another area flared up, angry flames like an army of devils devoured thousands and thousands of acres of grassland, bush land and forest, as we desperately tried, by hand, by graders, by firebreaks dug with tractors, to put a stop to the tragedy.

The shots shattered my friends the starlings who flew from my breakfast table below the Phoenix palms with sudden frills of wings, and disappeared through the highest branches of the yellow fevers trees.

My dogs stood as one, grouping protectively around me, back hair raised up like hyenas, looking West towards the Kuti Airstrip.

The elephant’s terrified trumpeting, coming in blasts, left not doubt.

The poachers were back.

As I ran to my car, holding my radio and planning our action, I knew that we were going to have to face tragic years for the elephants.

The proliferation of illegal weapons, the demand  for ivory and the consequent resurgence of poaching,  the disease of land- grabbing and short sighted greedy small time politicians, the raping of the wild, and the conflicts were to intensify in the years to come.

Yet, even if the killers have come to spray death on the great herds, may be beyond recovery, even if the hand of man has cruelly set on fire thousands of acres of beauty, the rains have come, grass is sprouting, unexpected blossoms bloom from charred branches-.

In our Enghelesha forest and  in the remote valleys and hills along the Rift the museum biodiversity research team found new species of birds, insects,  amphibians and plants, formerly unrecorded in our list.

Some are new to science.

The earth is healing herself, always, as she has healed me, her endurance keep teaching me endless lessons of how to overcome, and we are friends.

We shall stand firm, never surrender.

It is now that the time has come to write again.”

In  praise of the Wild! 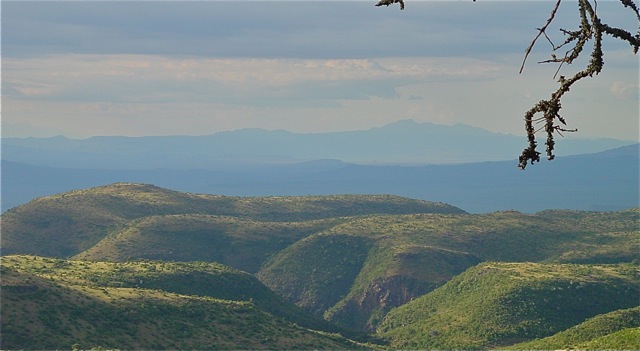